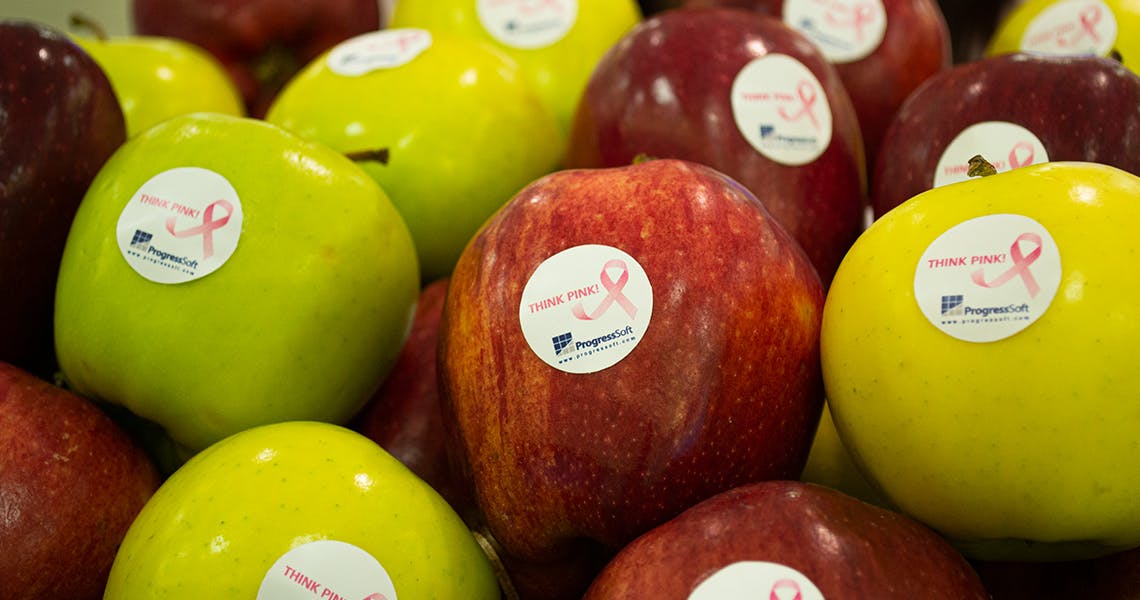 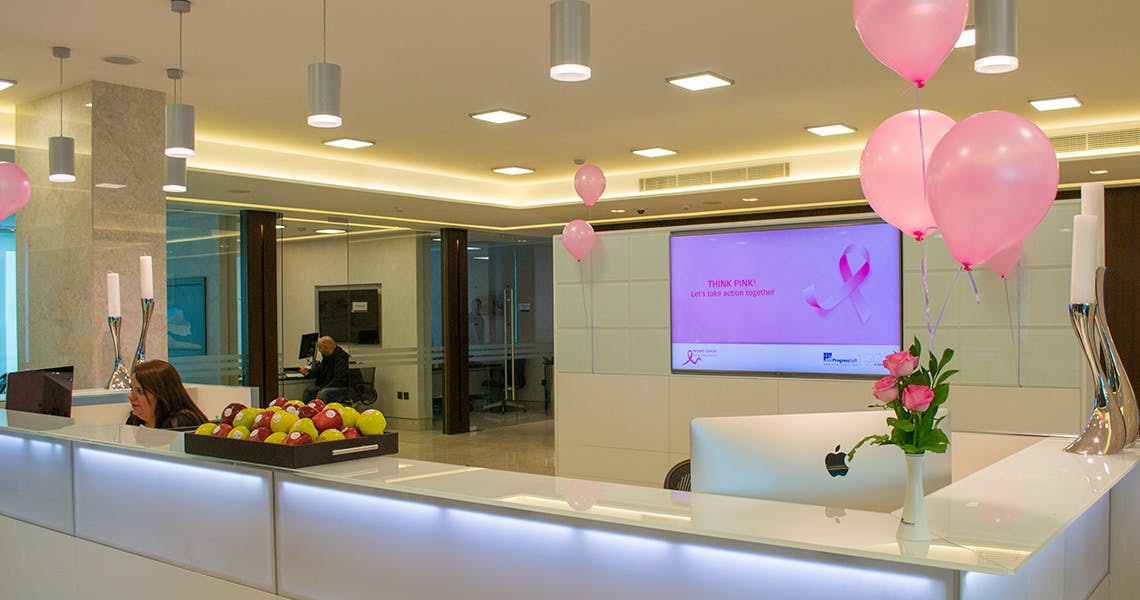 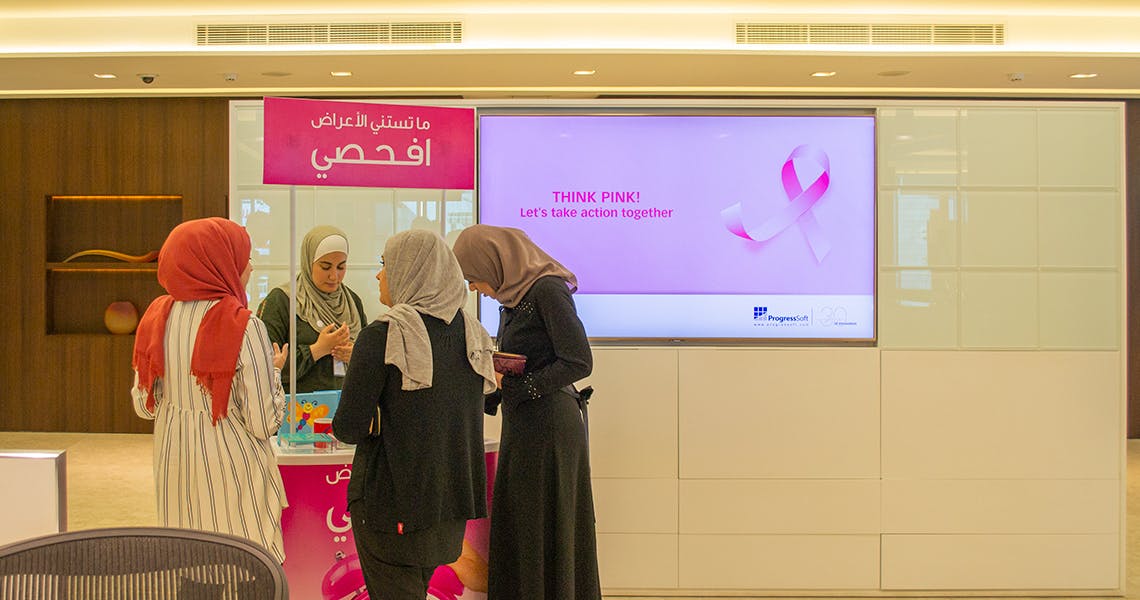 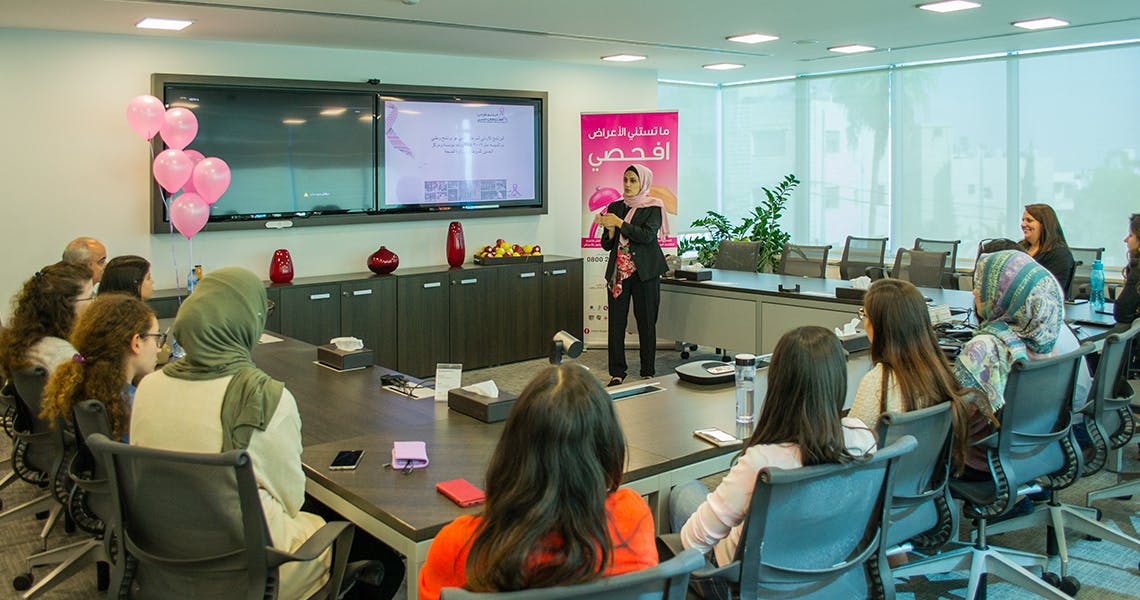 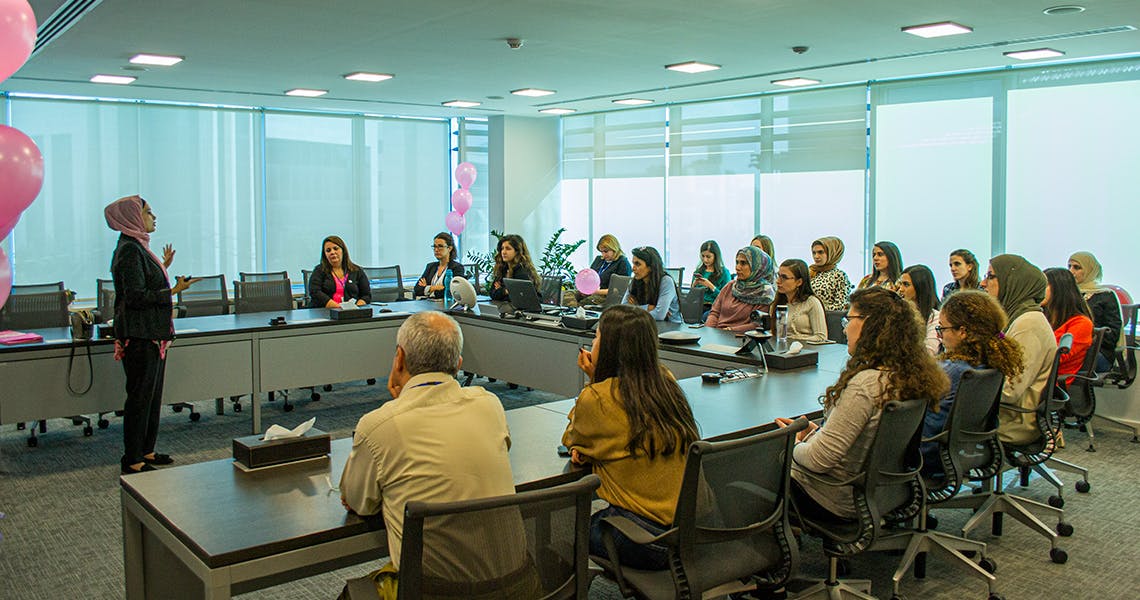 The King Hussein Cancer Foundation (KHCF), is a renowned non-governmental and non-profit institution founded in 2001 by Royal Decree to combat cancer in Jordan and the Middle East region.

The Think Pink initiative, which was launched on 28 October 2019, included a Breast Cancer Awareness Session conducted by KHCF diligent experts to raise awareness about the topic, this is in addition to a Breast Cancer Test which was also held on-premise to encourage ProgressSoft employees always to take the needed preventive measures and look out for well-being of their loved ones and their own on a continuous basis.

To further encourage ProgressSoft employees to join the fight against breast cancer, KHCF showcased a variety of their products at the reception area with all proceeds being donated to breast cancer patients.

The Think Pink initiative is one of many collaborations between KHCF and ProgressSoft in support of the fight against cancer, the most recent of which was ProgressSoft’s annual contribution to the three-year expansion project of the King Hussein Cancer Center, now deemed as the most advanced cancer center in the Middle East.

ProgressSoft is always delighted to be partnering with KHCF and supporting its valuable mission and is keen to continue raising health awareness to its employees and the Kingdom of Jordan.